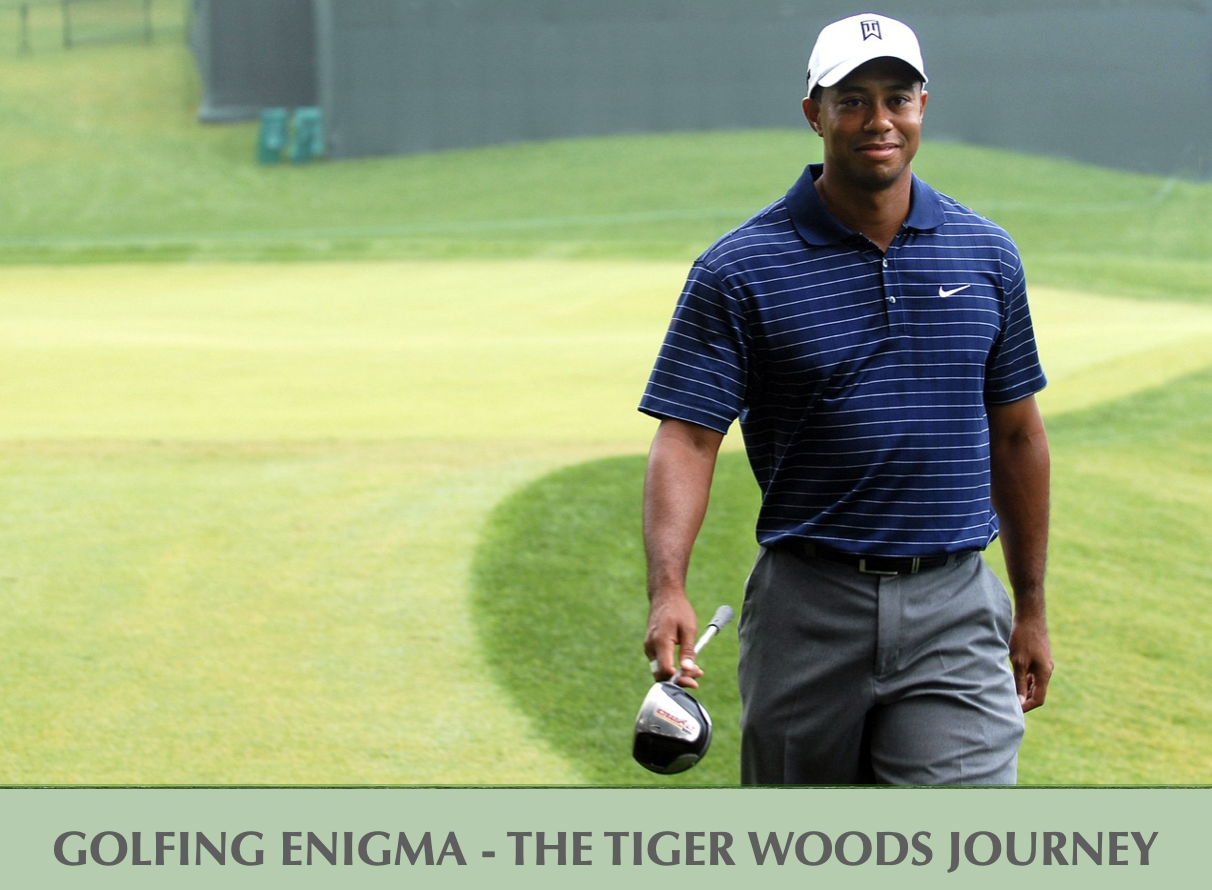 Tiger Woods and his connection with Thailand

Tiger Woods is one of Thailand’s most lauded sports heroes. His mother was born and raised in Thailand. Since his first Masters win in 1997, Woods’ picture has been plastered across Bangkok’s newspapers and television stations throughout his highs and lows. He himself has always reciprocated the special kinship he has with his Thai roots.

Tiger Woods played in his mother’s home country, Thailand Golf Courses for the first time in 1997. During his travel to the country, The plane’s first-class cabin was bombarded by cameras and journalists from four of the five national TV stations, who began broadcasting live. This was two months before he won the Masters, which set off the first phase of “Tiger Mania.” He is lauded as a golfing legend among the people of Thailand, especially golf enthusiasts.

Tiger Woods was raised to be a champion. Born to an African American father and a Thai mother, Woods is a naturally gifted player. He took up golfing at a very young age and soon became a prodigy, taking swings on a television program when he was two years old and shooting a 48 over nine holes at age three.

Groomed by his father who put a golf club in his hands before he could walk, Woods emerged as a natural champion. Tiger Woods made his PGA Tour debut at Riviera when he was a 16-year-old junior in high school. Playing as an amateur at the time, Woods teed off at the 11th hole for 1992’s Los Angeles Open golf tournament at Riviera Country Club in Los Angeles. At the age of 15 in 1991, he became the youngest winner of the U.S. Junior Amateur Championship. He also captured the 1992 and 1993 Junior Amateur titles. In 1994 he came from six holes behind to win the first of his three consecutive U.S. Amateur Championships. He enrolled at Stanford University in 1994 and won the collegiate title in 1996. While he was still in college, Tiger Woods won his first Masters by 12 strokes. Woods received his Green Jacket from the previous year’s winner Nick Faldo at the Augusta National Golf Club in April 1997.

After claiming his third U.S. Amateur title, Woods left college and turned professional on August 29, 1996. Playing as a pro in eight PGA events in 1996, he won two titles and was named the PGA Tour’s Rookie of the Year.

Since turning pro at 20 in the summer of 1996, Woods has been one of the most dominant athletes of all time. In 1999 Tiger Woods became the first golfer in more than two decades to win eight PGA tournaments in a year.

In June 2000, Tiger Woods made history with his record-breaking win at the U.S. Open. His 15-stroke victory was the largest winning margin at a major championship. No golfer had ever been more dominant in 140 years of major championships.

At the 2001 Masters, with his victory, Tiger Woods became the first player to win consecutively the four major tournaments of golf—the Masters, the U.S. Open, the British Open (Open Championship), and the PGA Championship.

Wood’s 14 major tournament championships are second only to Jack Nicklaus’ total of 18. This record he once seemed destined to surpass.

Thailand offers over 250 international golf courses and some of the best ones are incomparable to the world. We provide luxury concierge services in Thailand to tailor make your golfing experience a memorable one.

Woods is the youngest golfer to notch a Career Grand Slam and win four consecutive major professional titles, known as the “Tiger Slam.” In 2005, after a drought of 10 winless major tournaments, Woods won the Masters and the British Open. He dominated the tour the following year, winning nine events, including the British Open and the PGA Championship. In 2007 he defended his title at the latter tournament to claim his 13th major championship. Some two months after undergoing knee surgery in 2008, Woods captured his third U.S. Open title in his first tournament back on the tour, completing his third career Grand Slam, a feat matched only by Nicklaus. Woods’s dramatic U.S. Open victory—which involved an 18-hole play-off round followed by a sudden-death play-off—aggravated the damage to his knee, and the following week he withdrew from the remainder of the 2008 golf season in order to have more-extensive knee surgery. His return to the sport in 2009 featured a number of tournament wins but no major titles for the first time since 2004. Also in 2009 Woods’s unprecedented streak of having never lost a major tournament when leading or co-leading after 54 holes were broken at 14 when he lost the PGA Championship after being ahead by two strokes before the final round.

In November 2009 Woods was involved in an early morning one-car accident outside his home in Orlando, Florida. The unusual circumstances of the crash led to a great deal of media scrutiny of his personal life. It was revealed that Woods, who had married Elin Nordegren in 2004, had a number of extramarital affairs, and his infidelity—which clashed with the solid-citizen reputation that had helped him earn hundreds of millions of dollars in endorsements over the years—became national news. The following month, Woods announced that he was taking an indefinite leave from golf in order to spend more time with his family. His infidelities led to a high-profile divorce from Elin Nordegren in August 2010.

He returned to the sport in April 2010 for the Master’s Tournament. Although Woods finished in the top five at both the Masters and the U.S. Open, his 2010 golf season was a disappointment that included no tournament wins and the worst four-round score of his professional career.

Woods’s difficulties on the golf course continued in 2011 as he failed to win an official PGA tournament. His drought finally ended on March 25, 2012, when he won the Arnold Palmer Invitational; it was his first PGA victory in some 30 months.

In July 2012 Woods won the AT&T National tournament for his 74th career PGA victory, passing Nicklaus for the second-highest win total in tour history. In March 2013 he won the Arnold Palmer Invitational for an eighth time—tying a PGA record for most career victories in a single tournament in the process—and regained the number one world ranking for the first time in nearly two and a half years. Although Woods failed to win a major in 2013, his five event wins during the season helped him retain his top ranking through the end of the year.

Tiger Woods eventually put himself back into No. 1 and was called the PGA Player of the Year in 2013. Woods played at multiple tournaments, including the Farmers Insurance Open in 2013. However, his following year was disastrous, as he missed long stretches of the PGA season because of persistent back pain and played in just nine PGA Tour events in 2014, with his best finish in those tournaments being a tie for 25th place. Woods’s struggles on the course persisted into 2015. He appeared in only 11 events that year, missing the cut in consecutive majors (the U.S. and British opens) for the first time in his career, and ended his season in September to undergo another surgery on his back. Woods struggled to recover from that surgery, and he missed the entire 2016 golf season.

Tiger Woods faced Phil Mickelson in “The Match: Tiger vs. Phil,” a head-to-head-showdown between the legendary golfers at Las Vegas’ Shadow Creek Golf Course on Nov. 23, 2018.

Throughout a career that spans over four decades, Tiger Woods cemented himself as a top golfer ever when he won the Masters in 2019. In a survey, this was rated as the second-most significant win of his five Masters titles.

With passing time, as he grew older, Tiger Woods began to spend more time with his family and began teaching his son, Charlie. Woods reflected on his life and playing career in an emotional speech.

In January 2017 he made his first appearance in a PGA Tour event in 17 months. However, he played in just that tournament before announcing that he would undergo another back surgery that would force him to miss the remainder of the 2017 season.

Controversy seems to be his middle name!

Tiger Woods’s eventful personal life again came to the forefront in May 2017 when he was arrested on suspicion of driving under the influence of a combination of sleep and pain medications. He subsequently revealed that he was receiving “professional help” to manage his medication intake.

Woods returned to the PGA Tour in January 2018, and he subsequently played a full tour season. He capped off his improbable comeback from his series of potentially career-ending injuries by winning the Tour Championship tournament in September, his first victory in five years. In April 2019 Woods stunned the golfing world by winning the Masters for the first time in 14 years, setting a new record for the longest span between wins in that tournament and becoming at age 43 the second oldest golfer, after Nicklaus, to win a green jacket. Woods continued to make history when he won the Zozo Championship later that year. It was his 82nd Tour victory, tying Sam Snead’s record.

In January 2021 Woods announced that he had undergone his fifth back surgery and was not expected to return to competition until April at the earliest. Woods sustained serious leg and foot injuries in a car wreck in February 2021 that required his right leg to be surgically rebuilt. Nine months after the accident, Woods held a press conference that raised doubts about whether he would compete again on the professional tour. However, he made his return to competitive golf at the Masters in April 2022. He returned to the PGA Tour, competing at the Masters. Although he made the cut, Woods increasingly struggled, hampered by his previous injuries, and he finished 13 strokes over par.

Outside the golf course, Woods managed to score a victory from his hospital bed with a deal in March 2021 to bring his likeness to the “PGA Tour 2K” video game franchise. Since he turned pro in 1996, the 15-time major winner has earned $1.7 billion from endorsements, appearances, course design fees and other off-the-course endeavours. TaylorMade and Woods released their first co-created set of irons in 2019. It was the first signature club for Woods. Payne’s Valley, the first public golf course designed by Woods, opened in 2020 in Missour

Thailand offers over 250 international golf courses and some of the best ones are incomparable to the world. We provide luxury concierge services in Thailand to tailor make your golfing experience a memorable one. 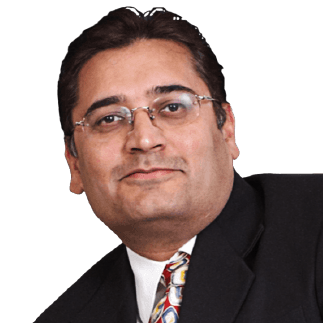 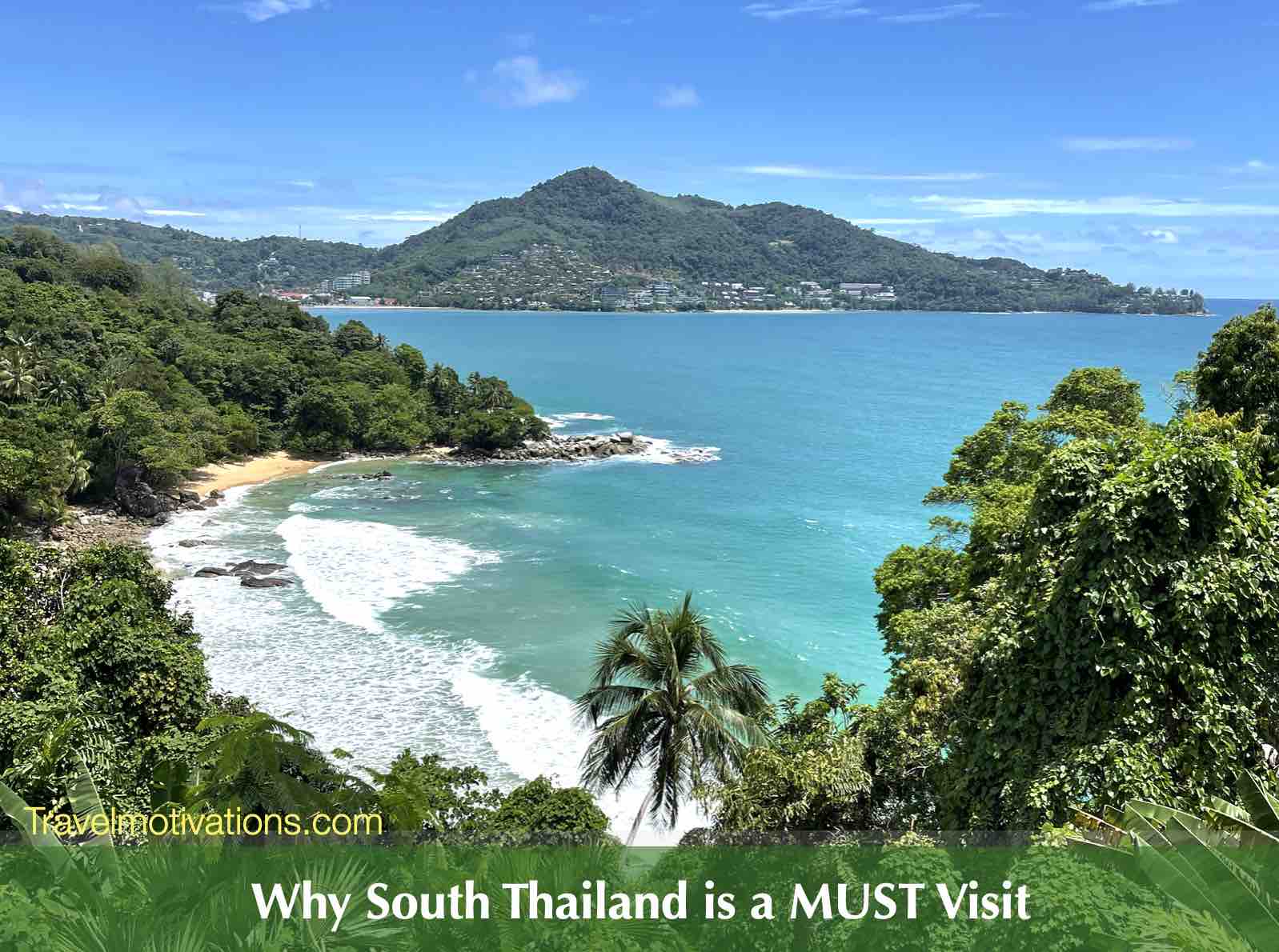 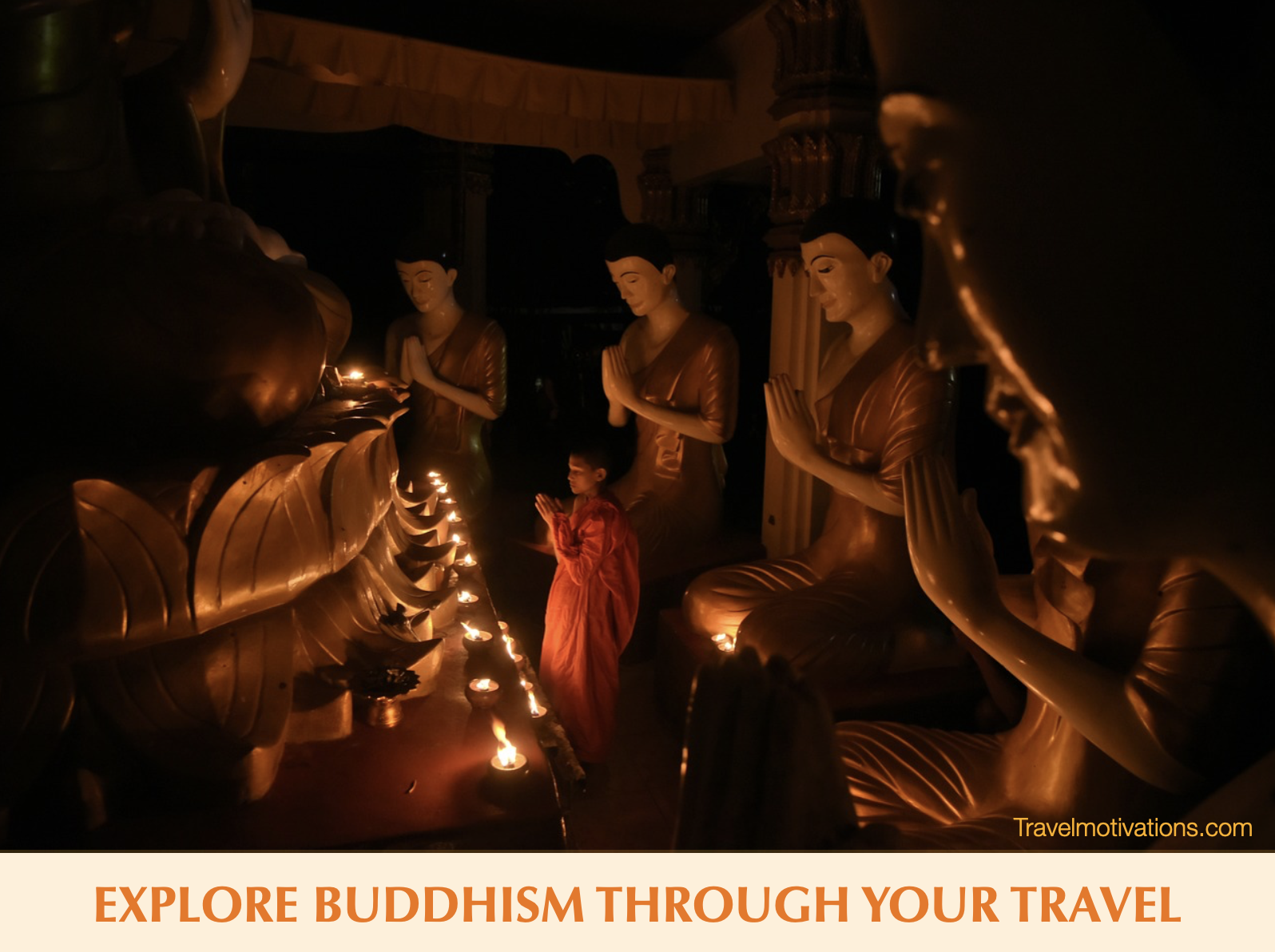 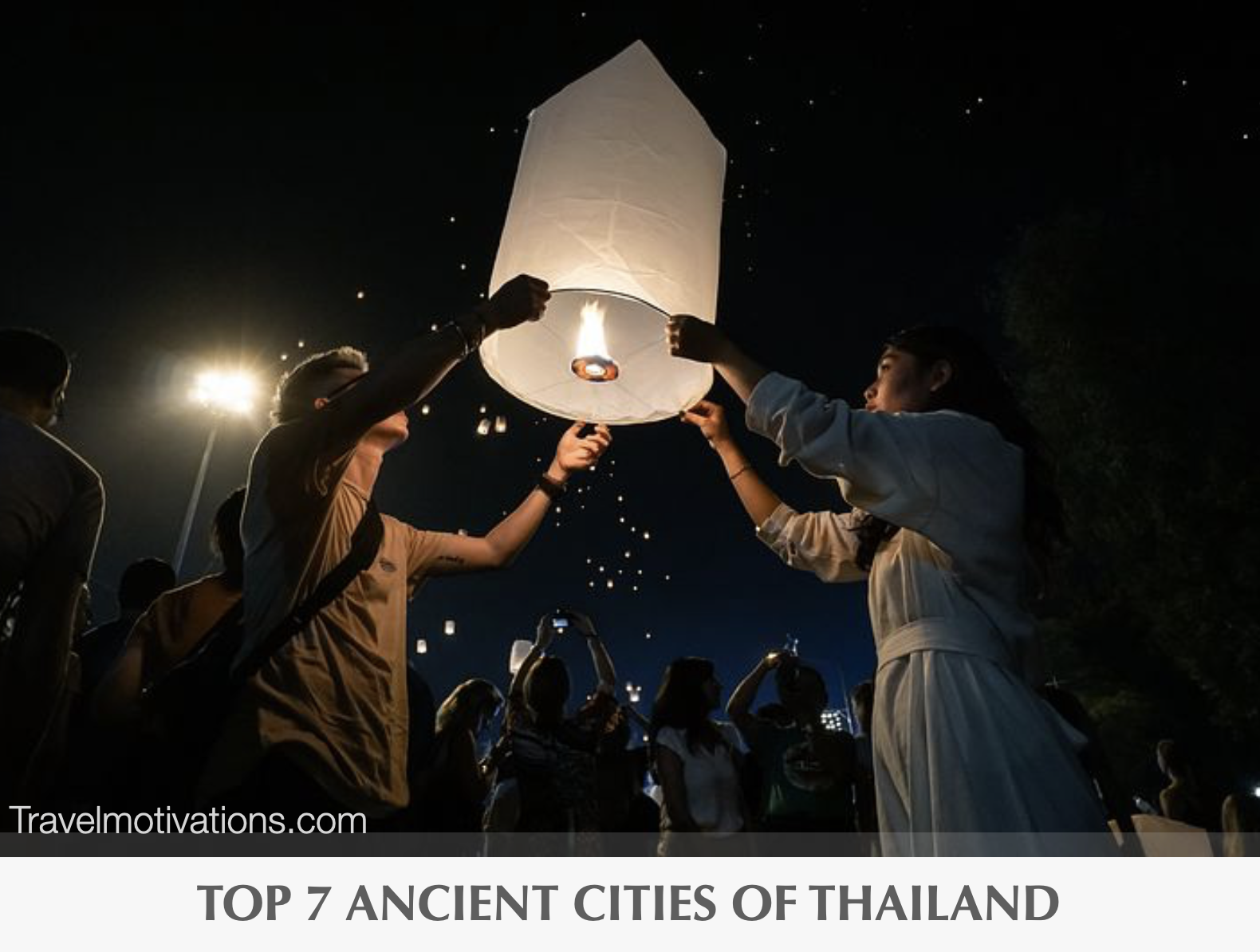 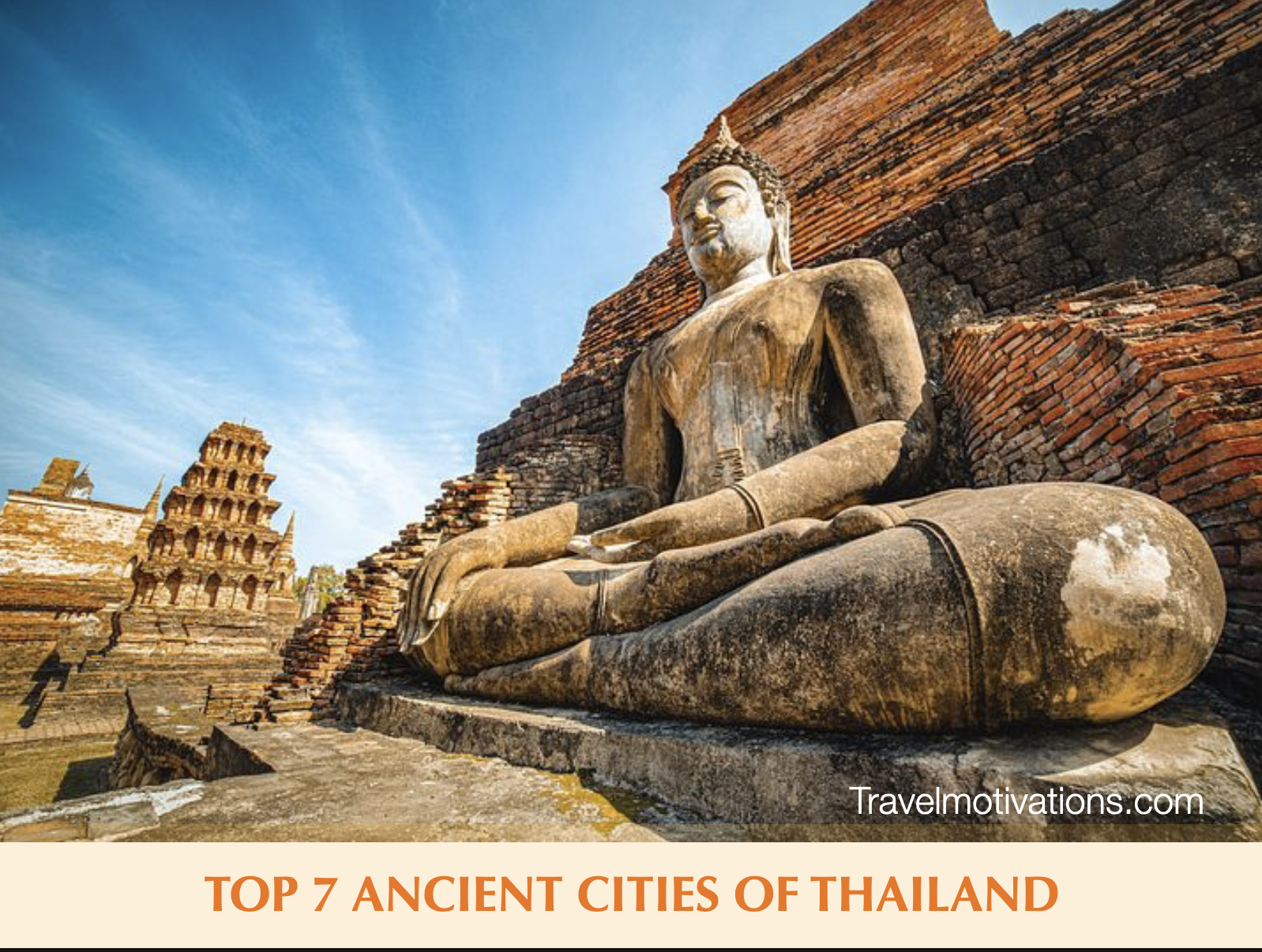 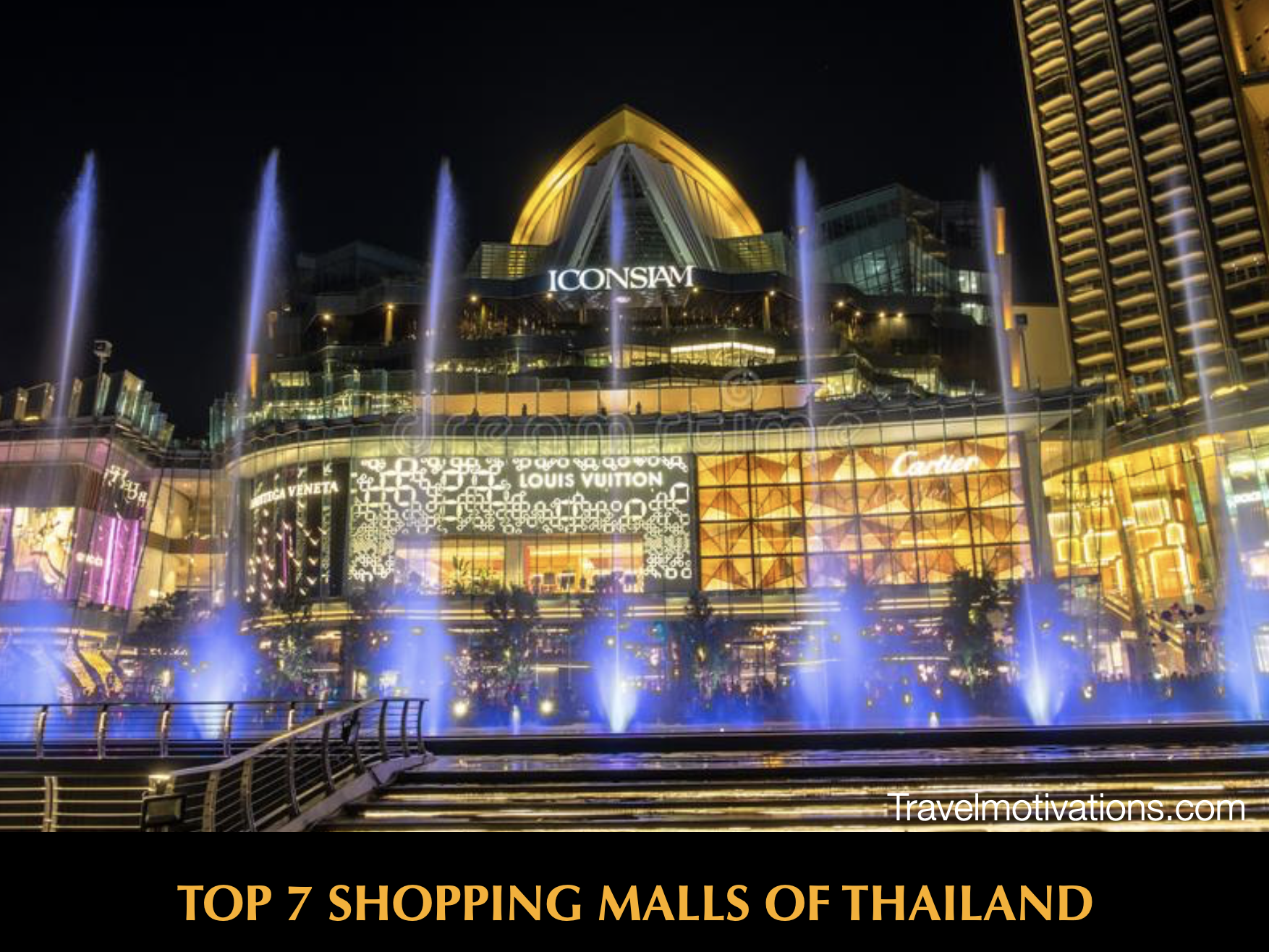